"Mapping the Civil War in Arlington" encourages local historians, teachers, and students to rediscover their heritage. From the start of the Civil War in 1861, Arlington was at the epicenter of the conflict. But only recently has the public had online access to newspaper accounts, illustrations, photographs, books, and diaries, that focus on Arlington's role during the Civil War. 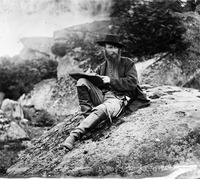 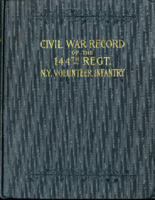 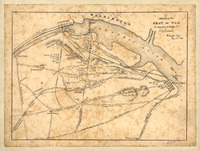 From the moment Union troops crossed the Potomac into Northern Virginia on May 24, 1861, Arlington found itself at the...

Registers of the First and Second Regiments of the New York Artillery, in the War of the Rebellion 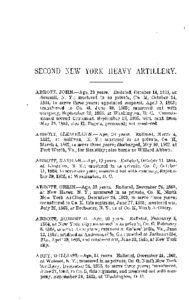 Soldiers of Gen Augurs Brigade waiting for the cars to take them to Uptons Hill, Va. their old camp 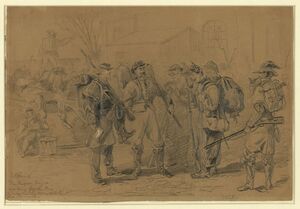 Four full-length soldiers in foreground, sketchy images of soldiers in background, including a drummer. Many have sacks and boxes, pillaged from…

Photograph shows the Long Bridge across the Potomac River from the Virginia shore.