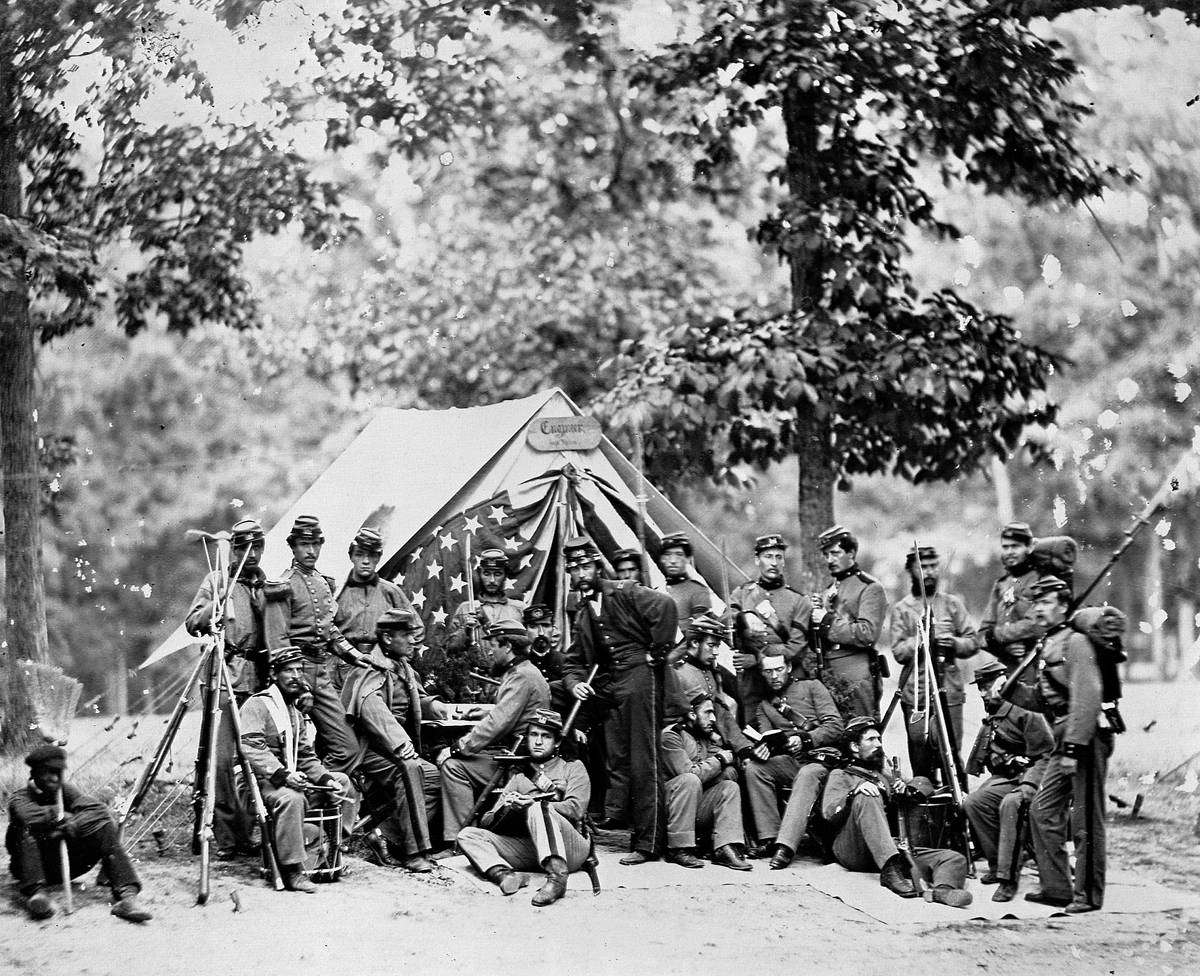 Mapping the Civil War in Arlington, provides local historians, teachers and students, online access to historical photographs, drawings, maps, letters, newspapers, and official documents. These Civil War era primary sources promote a more collaborative interpretation of Arlington’s role during the conflict. "Mapping" also encourages new research and discoveries that will highlight the social, political, and cultural history of the people living in Arlington during the war.

Historical Context
While it has been almost 160 years since the start of the Civil War, most Arlington County residents are unaware of the history that took place in their backyards. Overshadowed by the major battles that were to take place in 1862 and beyond, the military conflict in Arlington is a forgotten period of US history that is worthy of retrospect. The major combatants of both sides, including William T. Sherman, George B. McClellan, James Longstreet, and Jeb Stuart all lived and fought in and around Arlington in 1861. For a brief period of time the Confederates seriously considered invading Arlington.

While there have been a few articles about the Civil War in Arlington, the scope and scale of what occurred in the county during the war remains relatively unknown. However, this is dramatically changing due to the fact that the Civil War was well documented and photographed. As a result, there is a wide availability of digital collections that provide access to primary source material. These collections, including letters, diaries, drawings, regimental histories, and photographs, include many records associated well known landmarks like Upton’s Hill.

Today, these collections are helping local historians “rediscover” Arlington’s Civil War history. The initial focus of the prototype project will be on the Union regimental camps located on Upton’s Hill. Some of the project’s historical questions will include:

Digital Technologies
"Mapping" leverages George Mason University's Omeka application as its web publishing platform for sharing the site's digital collections and exhibits. One of the goals of this project is to demonstrate the viability and sustainability of developing an online collection. Omeka provides the flexibility to start small, with the focus only on Upton’s Hill. But the platform can scale later on to include a wider and more in-depth collection of Arlington’s local Civil War history. An initial challenge will be developing an information hierarchy that reflects the available primary source material, and how to present it in a user-friendly way. The built-in themes and interfaces provided by Omeka will provide some assistance in establishing this framework.

"Mapping" also supports historic research collaboration by providing the means for the site’s users to publish primary source recommendations, questions, and comments. One of the site's goals is to encourage public engagement and scholarly discussion regarding collection items, their authenticity, and applicability.